Please don’t DM me about this, supportive friends and family. I am not sad. (Also, learn the correct spelling of my name.) That having been said, this is totally my sad-girl jam. It’s a certain spirit-raiser and makes me feel fuzzy. Of all the people to get a headpat and a hug from in sad times, a young Cat Stevens would be pretty high up on the list, I think. Some people just have that natural soothing quality, like a human bowl of soup, which is both enviable and attractive. That’s who you want to have around when you’re weepy and inconsolable for whatever reason, like this person Lisa, who sounds clinically depressed and should probably see a doctor. 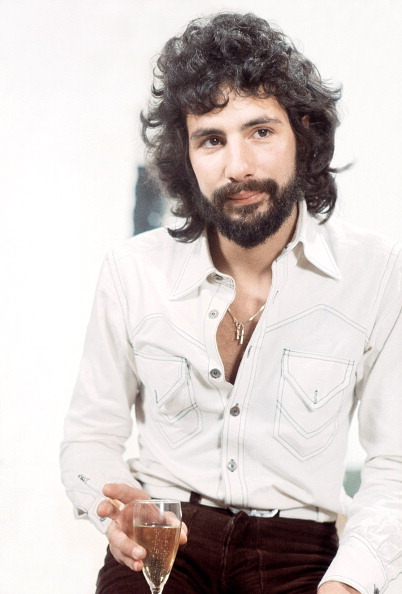 This is a song I would recommend for children. Cat Stevens is an artist I would recommend for children. Not least because I loved him when I was a child, but that’s neither here nor there because I was also a fan of many, many non-age-appropriate things when I was a child. Cat Stevens is a young person appropriate artist in general because his music usually had a positive message (not always always, but more often than not.) But this is just outstandingly child-friendly. It has a super positive message about getting out there and finding yourself, which is great, but then in the final line he throws in the line about how you really should pick up a good book. That’s some PBS, Reading Rainbow, Scholastic shit right there. That’s an educational message wrapped up in pop song giftwrap, and with no corporate sponsors. He just felt like he had to put that in there. I can’t say that Cat Stevens gets five stars in the role model department; he’s said some regrettable things that I’m sure he deeply regrets now. But small children don’t need to hear the whole story about how he found god and converted to Islam and changed his name and retired from music and publicly supported the fatwa against Salman Rushdie and then kinda recanted and finally decided to play music again and now he’s a cuddly old man again, and whatnot. That’s a story for slightly older persons. (And, to be clear, most of those things are A-ok just fine except the fatwa thing, and I’m willing to write that off as a rookie mistake that could easily befall an overly enthusiastic fresh convert.) Little kids just understand friendly, catchy tunes with positive messages about reading books.