Well, I don’t know what more I can say to recommend this album, except, you know, it’s one of my favorite records of the decade. I expect that this kind of blissed out electropop will fade out pretty soon. I mean, there’s still people out there making EDM records with bass drops and they sound pretty cringe nowadays. Like, yeah, we all collectively became obsessed with dubstep for about 18 months, and that was probably one of the defining moments of the decade for a lot of people. But nobody wants to relive that. I do think that electropop is different, and hardier, if only because its success wasn’t linked to MDMA usage. What I’m saying is, I’m most likely on the brink of becoming a crotchety old person who wants them damn kids off the lawn, for still listening to records that came out in 2012, and it’s going to be a while before there’s a new generation coming up who wants to listen to and make music that sounds like it was made in 2012. But when it’s 2035, and your cyborg offspring are rediscovering the misty recesses of the 2010’s, this is going to be one of the records they swoon over.

Another gorgeous wave of dreampop from Savoir Adore. Their album Our Nature is one of my favorite records of the past decade, and probably the best example of dreampop as a genre, nebulous as it is. I haven’t listened to what they’ve done since they lost their original female vocalist. When you’re a duo, you can’t just replace your singer and pretend like it’s still the same band. Well, at least they’ve got the legacy of having made one great album. There’s something to be said for making masks or heavy makeup part of your performing persona, especially if you aren’t blessed with an outstanding physiognomy. Paul Hammer of Savoir Adore is not as strikingly handsome as his dreamy vocals lead me to visualize, though he ain’t bad and the dissonance is not as strong as with, just for example, Future Islands. What I’m saying is, this kind of strongly atmospheric, evocative music deserves equally compelling visuals, and no, I don’t mean a Tide Pod commercial. I would love to see Savoir Adore’s songs incorporated into a vividly drawn Studio Ghibli-style animated film, or at the very least, some visually creative music videos, because it’s honestly very transporting music. I understand, of course, that not everybody can be as physically exceptional as they are talented, but come on, kids, put a little effort into your presentation. Give me something to look at. This is my second favorite Savoir Adore song. Dreamers is obviously the best Savoir Adore song, but this deserved to have been almost as popular. It sounds like the 80’s, which I’m a sucker for, as you well know. This would be great for the soundtrack of some ridiculously peppy TV show. Heck, it would be great in a commercial. Since those two things are the new modern measures of success in the pop world, and also the main avenue for artists to earn a living nowadays. But both of those things have probably already happened. I wouldn’t know. 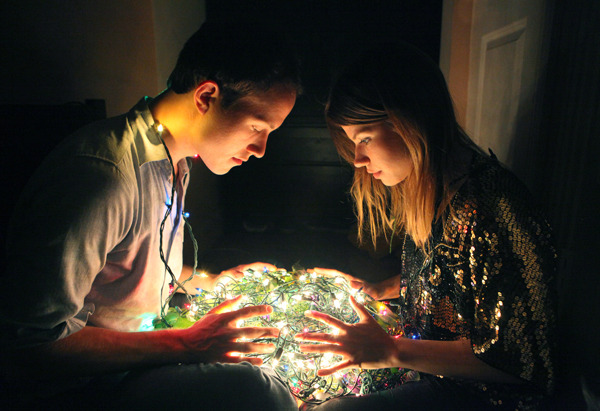 Savoir Adore didn’t create the label dream pop, but their hit song Dreamers (which surely you’re familiar with if you listen to indie radio at all) is a towering masterpiece of that totally legit musical genre. Savoir Adore also don’t really exist anymore; a duo whose one-half leaves the group is now a solo artist. When that one-half happens to be the female vocalist, the remaining partner is now less than a solo artist – he’s a producer in search of talent. That’s what happened when singer Deidre Muro left Savoir Adore. It’s a shame, but their modern day one-hit wonder status is assured. Beyond the hit though, I think they were outstandingly representative of indie pop music in this decade; atmospheric, romantic, trippy, easily tuneful, beautifully sung, knowingly evocative of the past, and vaguely anonymous.