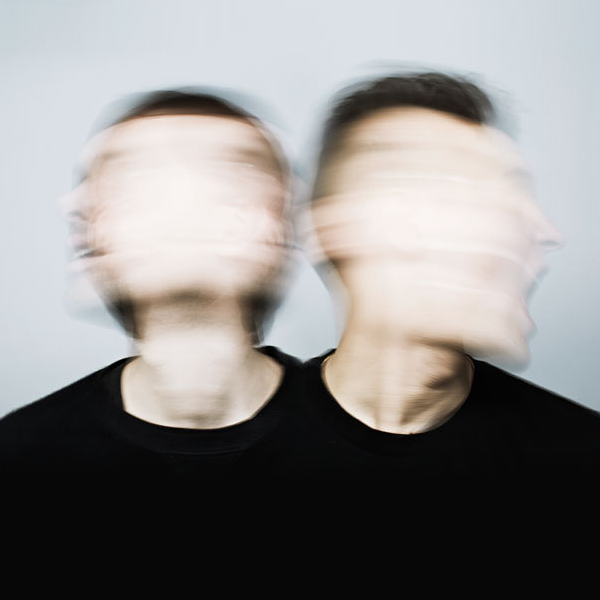 In good music world news, Rhye released a new album this year, and it sounds exactly like their first one. If they made ten albums that all sound exactly the same, it might get tedious, but at this point, twice as many identical Rhye songs is exactly what the world needs. (This one is from 2013, if you can’t tell or don’t remember.) If Rhye’s output it the musical equivalent of an Instagram filter, well, who doesn’t love a good Instagram filter? It makes the ugly world look a tiny bit more beautiful, and your ugly life more appealing. It may be an illusion, but only you know the truth. That’s also what mood music does, only with your emotions. It makes your miserable mental state and sleazy love life seem adventurous and poetic. That, unlike Instagram filters, is an age-old tradition. People have been strategically using music to alter their moods and enhance the atmosphere ever since people invented music.

The members of Rhye really know where there musical bread is buttered. They know what buttons they’re trying to push in their listeners. They’ve made what may be the most button-pushingest record of the decade. I’m not saying button pushing in a bad way, though yeah, this is emotional manipulation of the highest degree. When Milosh sings dreamy songs about fading together, goddamn it, you melt into a puddle of wistful goop. Never mind if your rational mind believes that all the tropes of romance are a lie perpetuated by a conspiracy of bridal gown designers and right wing one-man-plus-one-woman types. Never mind if your personal experience tells you that it’s impossible for two human beings to maintain a meaningful non-platonic relationship without swiftly learning to hate and resent one another irrevocably. Never mind if your brain chemistry has reached a saturation point where it’s hard to even have a meaningful experience without the aid of alcohol and drugs. Rhye makes you believe that there’s nothing higher in the realm of the human experience than a good morning-after snuggle.

Well, this is dreamy. Even if right now the idea of a romanticized beautiful summer day sounds ridiculous. Rhye’s music is sexy and dreamy and it doesn’t matter what it’s about, really, and sometimes things that makes us go misty eyed are supremely ridiculous when under critical thinking, and that’s ok. Mmmmm, sexy snuggle music. Music that sounds like a warm, inviting blanket and a bottle of red wine. The fact that Rhye is actually two dudes doesn’t affect the fact that they’ve revived the spirit of the lounge chanteuse, long dormant since the sixties. A little bit Bossa Nova, a little bit Europop, a little bit chillwave; call it whatever, it’s one of my favorite records from last year.

This time last year I was making a resolution to improve my life. Nothing too specific or unrealistic like ‘lose 15.85 pounds’ or ’embark on a fabulous new career’. Just work on making my life a little bit less shitty. And guess what! I’ve succeeded! I’ve improved my life in little increments all across the board. One of the most significant betterments of last year was I bought a car, after four years of shlepping it out on public transit. And incidentally, it’s because of the car that I’ve made another improvement. It’s been an unprecedentedly good year in music, and it’s because I now listen to the radio in my car that I even know about it. A little shout out to iHeart Austin is due here, for being a fantastic radio station that plays great new music as though it were actually popular. Last year I was so discouraged the shortage of albums I really loved I didn’t even do a best-of list. This year I’m doing an expanded best-of, and I’ve decided to make it a double-whammy, with separate lists for albums and singles.

The biggest and most important event of the year was, without doubt, the unexpected comeback of David Bowie. After a near decade of silence, he sprang a new song on us almost exactly a year ago, followed it up with an album, and continued to feed us videos throughout the year, all without saying a word to the press or participating in any of the usual publicity activities that are supposed to accompany a new release.

Where Are We Now?

The Stars Are Out Tonight

I’d Rather Be High

If it wasn’t for David Bowie defaulting to number one, this would hold the top spot. It’s probably the album I listened to the most, and will have future associative memories of. In an age of electronic super-saturation, Daft Punk, the guys who helped precipitate the trend in the first place, did a complete one-eighty and made a disco album. Not a fake disco album, a real disco album, with no less than Nile Rodgers and Giorgio Moroder bringing the authenticity. So old-school and yet so modern.

Lose Yourself to Dance

I’ve always filed Arcade Fire under ‘good but not that great’, but now they’ve finally graduated to being great. They’ve provided the best song of the year, which I can only describe as propulsive, and the rest of their hefty double album is pretty impressive too. Dense and ambitious both musically and intellectually.

Witness the improbable overnight success of an Aukland teenager who sings with the sophistication of a woman three times her age. She might sound as though she sprang into the pop stratosphere fully formed out of literal nowhere, but Ella Yelich-O’Connor has been groomed for stardom by Universal Records since age 14. She is 17 years old now and released her first single and EP just last year, to immediate acclaim. That, my friends, is the best possible example of a record company getting it right, in terms of discovering and nurturing young talent. The amazing thing is that Universal has presented Lorde to us not as a commodity but as an artist. It’s pretty clear that she has an infinite future as such.

5. We Are the 21st Century Ambassadors of Peace & Magic – Foxygen

Psychedelic music is not dead! Foxygen’s third album sounds like it was funneled through a magic time portal directly from the Summer of Love. I suspect that the whole Haight-Ashbury vibe is pure pasticeh, but it sounds authentic enough that when they pop up on my iPod I fleetingly wonder what long-forgotten nugget from 1969 have I stumbled across. It’s also a reminder that a lot sixties psychedelia was total hokum, all awash with drug-fueled self-seriousness, and it’s really best enjoyed with tongue firmly in cheek.

Their name captures their essence. The Joy Formidable is high energy, with euphoric vocal hooks and catchy melodies and at the same time formidable aggression and heavy guitars. Original enough that I can’t instantaneously place who their big inspiration would be. Definitely one of the most enjoyable out of a crop of young indie bands breaking big right now.

This Ladder Is Ours

Sexy bedroom music with a distinct sixties cocktail lounge vibe. The slow-burn torch singer vocals are so impressive and bring so much atmosphere. Imagine my shock when I found out the singer is really a dude named Milosh. Yeah, he always sings like that. I wonder if there’s some element of camp here that I’m missing, but it doesn’t feel so. In the end, knowing that I’m not hearing the sexy woman I first imagined but just some man with an unusual voice doesn’t detract from the overall effect of sleepy sensuality.

A group that struck me the first time I heard them. Singer Natalie Bergman has a memorable voice, and she and her bandmate brother have a boatload of influences in play, from the reggae of Keep You, to classic soul and jazz. They’re definitely playing the retro angle – just see the videos.

Hideous album cover aside, this might just be the best Yeah Yeah Yeahs album yet. It’s certainly their most diverse. Still plenty of their old punk energy, but with lots of unexpected touches, like an elevating gospel choir. I don’t remember them being a particularly touchy-feely band in the past, so the number of emotionally naked ballads on this record is unprecedented. Turns out they’re really good at it, too.

10. The Bones of What You Believe – Chvrches

Chvrches is another new electro-pop/indie rock band that appears to have a bright future, making uplifting catchy pop tunes that hit the sweet spot. Call them children of Blondie, if you will. They have an indie edge and an affinity for synthesizers, and a cool girl image in the person of singer Lauren Mayberry.