Cultural initiative for the future: cut down on compulsively listening to the same handful of records and add more frequently to the regular rotation. That includes exploring the fringe ends of some of my favorite artists’ discographies. For example, I love John Cale, but I rarely listen to anything besides my three or four favorite albums. Actually, more like two, if I’m really being honest. I think that I can be forgiven for not getting quite as excited about the prospect of a new John Cale record as I do for more, shall we say, glamorous artists. Also, the world doesn’t get terribly excited about a new John Cale album, so there’s a handful of recent ones I hand’t actually heard about. Did you know that he re-recorded Music for a New Society, presumably for a newer society? That’s worth checking out. For today, I’m going to explore blackAcetate, which I own but have never once listened to. Please join me. 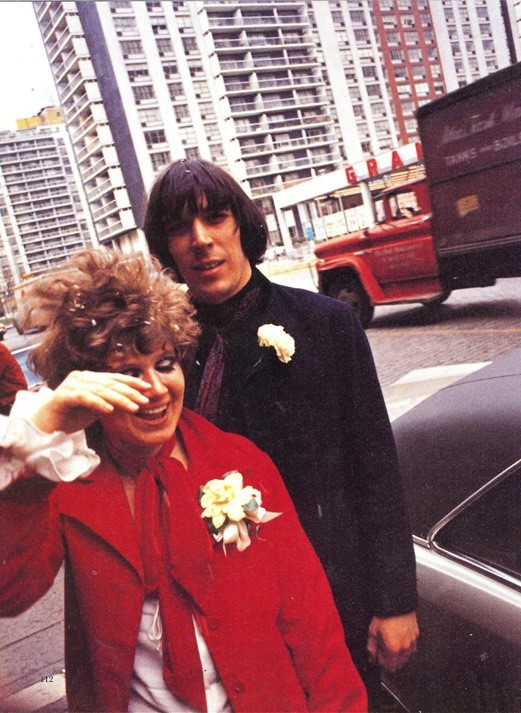 You know who I haven’t listened to in a while? The great, underrated John Cale. I haven’t listened to Sabotage in so many years, I forgot it existed. Wow, what a great record! It really showcases the full range of Cale’s weirdness, from his affinity for pure tone-noise to his deft handed ballads. This song is of the latter category, sung by percussionist Deerfrance. In the vein of Moe Tucker’s contributions to the Velvet Underground, a vulnerable female voice balances out the aggression heard elsewhere. It’s hard to find out much about Deerfrance; a web search predictably yields many pictures of antlered wildlife (and the woman in the photo above is Cale’s first wife, the fashion designer Betsey Johnson.) But she was a habitue of the punk scene at CBGB’s, a member of Cale’s band from 1978 to 1981, and later formed her own band, Extra Virgin Mary. 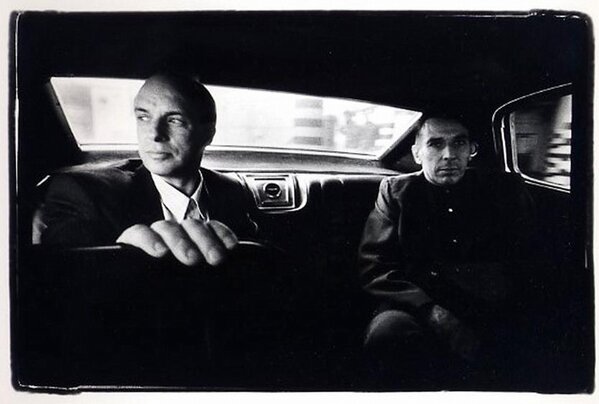 Once again, I’m cycling around to one of my all time favorite records – John Cale & Brian Eno’s Wrong Way Up. Cale and Eno, of course, are the ideal mashup, having flown in the same arty circles for decades. This reflects the best of both artists with very little of the usual attendant weirdness. I’m told that one of the songs here was even a minor hit, which is barely conceivable. I guess Eno does have a magic touch for producing great records that sound accessible as pop even when they’re the furthest possible thing. And John Cale hates pop but is secretly really good at it. Therefore, a match made in heaven. It should go without saying that John Cale’s solo oeuvre is an essential for Velvet Underground fans unsatisfied with a measly four albums. But it seems like it needs to get said again and again, given that Lou and Nico usually take all the glamour and the glory. Helen of Troy is an essential album and definitely the place to start. Cale himself was not pleased with the album, a cause of contention between him and his handlers at Island Records.

It could have been a great album. I came back from finishing Patti Smith‘s Horses and had three days to finish Helen of Troy before I went on Italian tour. I was spending eighteen hours a day in the studio. When I got back, I found the record company had gone ahead and released what amounted to demo tapes. The trouble was that Island had their own ideas of what that album should sound like. They wanted to include songs I don’t particularly like, but it was also an impertinent assumption on my part that I was capable of managing myself. My determination to have Helen of Troy the way I did was not really fair to Island or my management, especially at a time when Island was losing its percentage of the market, which was making everybody very paranoid

While I sympathize with the artist’s need to put their art out on their own terms, it seems like the album is pretty damn perfect the way it was released and that Cale was just picking scabs as a matter of principle more than anything else. (On a side note, as the age of the record label comes to a close, these kinds of kerfluffles seem increasingly quaint and old timey to our eyes.) Cale has soldiered through the decades, enjoying a consistently eccentric if not outstandingly lucrative career with integrity fully intact. Helen of Troy showcases him in all his glory, being at times fiercely weird and then turning beautiful. This track is one of the more dramatic, as befits an album opener. Here’s someone we haven’t heard from in a while, both on this blog and in real life. What has John Cale been up to lately? His last album, curiously titled Shifty Adventures in Nookie Wood, was released in 2012 to so little fanfare that I did not know of its existence until this very minute. What he’s done since then, I don’t know. Seeing as he’s the last surviving member of Velvet Underground, he needs to step up and make himself visible as one of punk’s many godfathers/figurehead of unquestionable cool/band spokesperson. Yes, I realize that Moe Tucker is still kicking around somewhere down in Georgia, but since she’s become an adamant Tea Partier/crazy person, it’s best that she remains as far off the cultural radar as possible. It remains that Cale is now the last of the Velvets standing, and the burden of maintaining their legacy falls entirely on him, even if he doesn’t like it. I have no idea who or what entity controls the actual music and what’s done with it – those legalities can be complicated and invariably very dull – but when you’re dealing with a group of overwhelming cultural significance, someone has to handle the job of carrying the torch in terms of making sound bytes, weighing in on issues of grave import, endorsing things that meet your approval, griping about things that don’t, answering the same dumb questions from each consecutive wave of eager biographers, reaching out to fans, paying tribute to fallen comrades, and just generally making sure that the legend remains well burnished. Up til recently, Lou Reed handled all of those things, but now all the attention The Velvet Underground still attracts will be reflected entirely upon John Cale, so he’d better be prepared for much heavier traffic of fans bearing dog-eared copies of White Light/White Heat upon his front door.

I wish Brian Eno and John Cale would get back together. They used to hang out and make records with Nico, and they’ve made one album together, and it was absolutely brilliant. But I don’t think they’ve done anything together since Wrong Way Up, which was in 1990. I understand that Brian Eno is a very busy man, and he has many obligations producing music for people whose records actually earn money, unlike John Cale’s. But come on, guys, you’re so good together! Eno did make a sort-of follow up to Bush of Ghosts with David Byrne a few years ago, which was more that I’d ever hoped for, so there’s hope here too. Not to mention that Wrong Way Up was one of Eno’s most commercially viable albums in a non-producer capacity. It’s kind of a weird thing to think about, actually – that a record that I personally love and consider a classic and listen to all the fucking time is, in the wider world, at best a weird footnote in the career of a man most people only know of as the producer of that one Coldplay album. Sads all around.

Brian Eno and John Cale enjoy a cup of tea and tune in to each other’s brainwaves. From whence presumably sprang Wrong Way Up. Eno and Cale had revolved in some of the same circles (the ones with Nico in them) for a long time and the only surprise was that they waited until 1990 to really pool their resources. Brian Eno is famous for making everyone else’s records sound better, but he benefits from a good collaborator as much as anyone. His tendency towards quiet elegance – or ambient dullness, whathaveyou –  needs a balancing chaotic force. He seems to produce special brilliance when teamed up with neurotic crazy people; Nico, Bowie, Byrne, Cale. Opposites attract, obviously. Cale’s creeping sense of doom only needed Eno’s refinement to become the perfect electronic chillout.