Remember when everybody seemed to own at least one Cat Stevens album? Usually it was Tea for the Tillerman, but there were others and there was at least one in every stack of vinyl. It was a phenomenon. Cat Stevens himself no longer exists as such; he took a very very long sabbatical from the music industry before recently coming back as Yusuf Islam. Nonetheless, everybody still knows him and his hits, and despite some problematic things he’s said and done, everybody still loves his music. That’s partly because it’s hard to think of a more likable fellow, and mostly because Cat Stevens’ music is inoffensive and broadly appealing in the best possible way. We usually use the word inoffensive as a veiled insult, meaning that something is bland, toothless, stripped of any potential rough edges. In this case, inclusive might be a better word. Cat Stevens’ music is thoughtful and positive and aims to speak to everyone. The guy had the light of God on him way before he ever realized it. 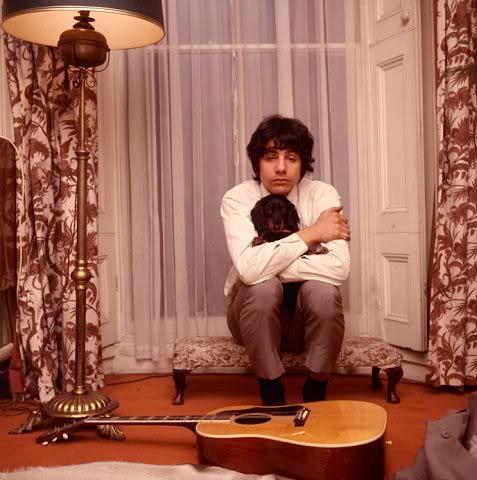 Cat Stevens always identified way too much with the older side of the generation gap. At a time when the gap was a thing of considerable contention, Stevens wrote songs not of rebellion but of sympathy towards the mature and responsible. Even his love songs take the position of weary and older. Perhaps it’s his peaceable nature and knack for empathy, perhaps he was always an old soul. But now that he actually is a crotchety old man, he’s one of the few who can revive his old hits without an uncomfortable disconnect between the spirit of the song and the reality of the singer (and it’s a great thing that he’d decided to finally do so, after so many years.) His music has really weathered well in a way that more youth-specific music has not. Anybody can enjoy Cat Stevens at any time in their life. Unlike, let’s just say, The Sex Pistols, whose output is so tailored to the needs of angry twenty-somethings that any fan has to grapple with either the fact that the men who made the music are either dead or too old to live their own message, or the discomfort of admitting that they’re just too old for this shit themselves. Or My Generation, a song that was timely for a year or two and now presents a conundrum for both its creators and its fans; whose generation is it about now? Although today The Gap is just a place to buy reasonably priced sweaters, there’s still a chafe between the olds and the youngs. In fact, that chafe and discomfort is more pronounced today than it has been in decades, as politically active youth reject their Boomer grandparents’ ongoing delusion that their can’t-we-all-get-along humanist utopia has been achieved. (But we have a black President! Don’t we all bleed red? White men matter too! etc etc) Political strife and differences in values aside, there still will always be the philosophical aspect of contemplating the condition of being old vs. the condition of being young. It’s pat but true to say that not every young person makes it, but every old one has been there. That is the matter that remains interesting and relevant regardless of where you are in your own life or how your particular real-world context colors your experience. Spiritual epiphanies come to us in odd and unexpected places. Cat Stevens has had a few, the most famous being his conversion to Islam after almost drowning. On a less life-changing scale, the album Buddha and the Chocolate Box was inspired by an epiphany Stevens had when he found himself boarding a plane with no carry-on but a Buddha tchotchke and a box of chocolate. What if, Stevens mused, he were to die with those two things as his only possessions. It would make for great symbolism; the spirituality and wisdom of the Buddha on one hand, the sensuality of chocolate and all the material pleasures it represents on the other. As he went to write the album, those themes were strongly on his mind. It wasn’t the first time Cat Stevens thought about the balance of the spiritual and the earthly, and it certainly wouldn’t be the last. Eventually, he shocked the world by taking a fully spiritual path and renouncing most of the material perks that came with stardom. He also renounced music, which, unlike merely seeking God, is strange. Strange because it’s perfectly acceptable to be a practicing Muslim and still play guitar and write songs and sing them (though maybe not in hot pursuit of extravagant wealth or in egotism.) Strange also because up until his conversion Stevens viewed music as a positive form of spiritual self-expression, and it seemed just plain uncharacteristic to renounce that view. Thankfully, he’s since found a path that includes both Islam and a musical career, and he seems happy enough about it.