This is one of Morrissey’s many, many very, very gay songs. He always had a fetish for a certain North-of-England homoerotic masculinity, as exemplified by the boxers and hooligans who appear so frequently in his mythology. He’s right in that there’s nothing sexier than a sad, self-loathing man who lashes out at the world and just barely scrapes by on broken-tooth charm and good hair. There’s certainly a lot to unpack in what a weak-wristed specimen like himself sees in men who’d sooner smash him into a wall. It’s well known, of course, that machismo is usually just a facade for insecurity and self-hate; the more aggressive and toxic the man, the more fragile and ill-suited for the world his mental health is. Which is, again, wildly sexy, especially for fey boys who fantasize about inhabiting the absolute most dysfunctional rock bottom heteronormative social roles modeled by their most downtrodden and long-suffering female relatives. Yes, misguided gay boys like Morrissey, you too can be Every Boxer’s Girlfriend in Every Boxing Movie Ever. Just hitch your wagon to someone even more deeply closeted and tormented than yourself.

There hasn’t been a more oddball success story than Ween; they’re two weirdos who started out making tapes in their basement and somehow became beloved cult icons. When they say they’re going to play a blues song, you can expect a grown man singing “Am I gonna see God, Mommy?” in a baby voice while the audience sings along. It’s the kind of a ‘you hadda be there’ in-joke that unites fans and leaves normal people confusticated. Normal people would say that songs like this one, or The HIV Song, or Buenas Tardes Amigo, are ill-advised and maybe kind of offensive and definitely, definitely not-funny. Not to mention the disappointment of all the record buyers who were duped into purchasing this record by the schmexy cover (deemed less “politically incorrect” than the gay cowboy design the Weeners originally came up with – my, how the times have changed.) Those fine upstanding normal people probably expected to find some good old-fashioned mindless jams about drinking and dancing, not the distorted cries of some weirdo pretending to be a terminally ill child for the lulz of it. Which is exactly why Ween served as a meme-factory for like-minded weirdos in the pre-meme wasteland of the 1990’s.

I wasn’t really aware that Black Uhuru were still together. I thought they’d split sometime in the 90’s. Strongg was the last Black Uhuru record I listened to, released in 1994. Apparently there have been other records since then, and they’ve been touring regularly in some collective form, although with many lineup changes. That’s something that lowkey demands investigation. Until then, though, in the chronology, Strongg is still the last record I can strongly recommend.

When Lords of Acid talk about ‘special moments’ they don’t mean the Hallmark kind. Hallmark doesn’t cover the things that happen in a weapons bunker-turned-nightclub, for example. There’s no cute card designed for congratulating couples who met each other in a toilet stall, no condolences for those hard-to-hide rope burns and bruises. Though those moments are, of course, very special to the people who have them. Yeah, consumer culture hasn’t yet figured out how to fully serve people whose bedroom stuff bleeds over into a full-on “lifestyle”. Fortunately, those people, provided they’re young and like to party, have an entire musical culture to enjoy. Not all of Praga Khan’s compositions are as mindless as this one; some offer a witty and self-aware take on the drug- and dungeon- culture that spawned the Lords of Acid musical collective. But it’s music with a clear place and purpose. It’s the industrial underground rave that makes a prelude to doing unsafe and foolhardy things with strangers.

This song is some filthy smut. Or at least so I thought at the age of 12. I thought it was absolutely delightfully outrageous. I mean, did you hear? He wants to fuck your sweet ass. Hehe. Yeah, it’s a sex song. The Rolling Stones have done many, many sex songs, with different combinations of naughty words, and I guess that every fan has a particular favorite that makes them go “yowza.” The Stones have always been the universal go-to band when it comes to jacked-up hard-pumping sex songs. They’re certainly no part of the Barry White school of baby-makin’ slow jam music, but nobody else quite captures the essence of unbridled libido. Something in that rhythm section; it’s as if Keith Richards’ guitar is literally plugged into his mainline and the entire band is rocking to the rhythm of his beating heart. Amped up on pussy and speed, of course. 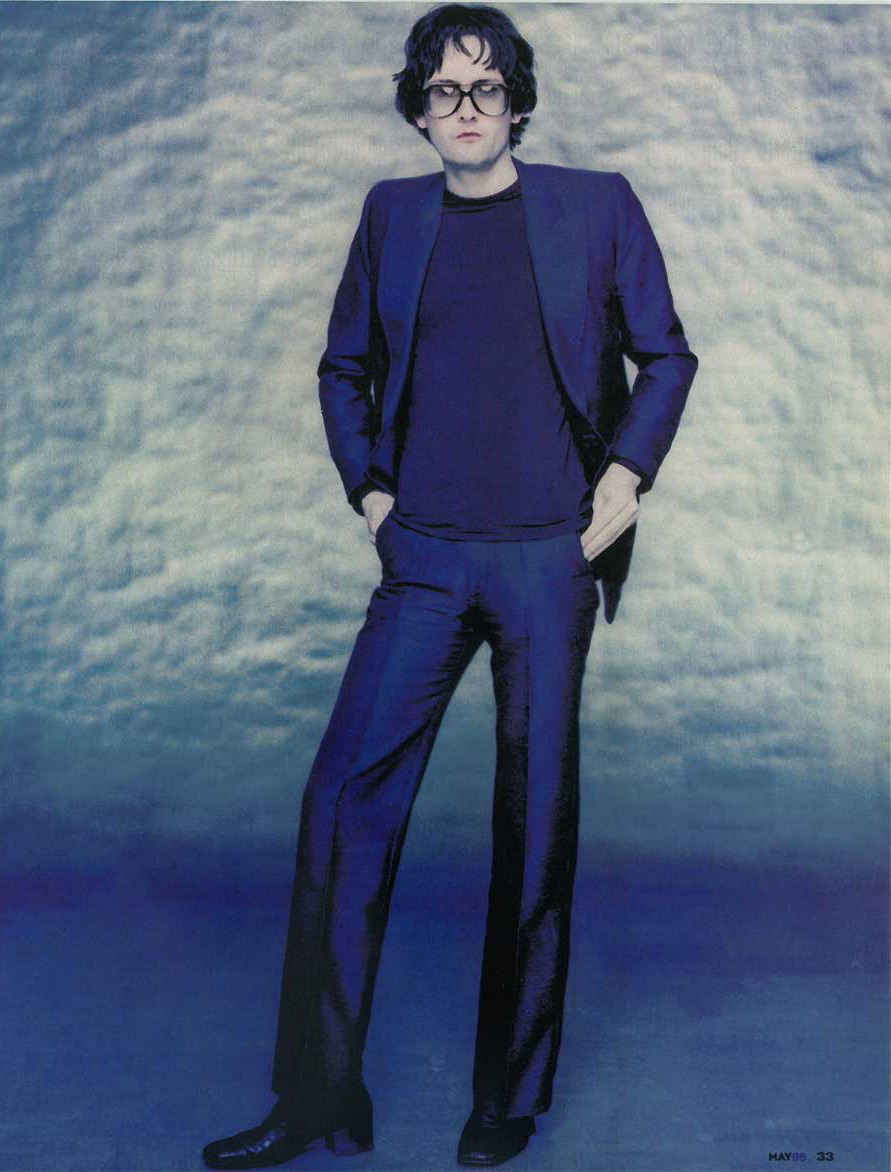 Everyone knows Tom Jones’ hit She’s a Lady. This is not that song, because that song sucks. This is Pulp, juicily riffing on another overripe dancefloor hit, Gloria Gaynor’s I Will Survive. Gaynor’s song has improbably shorn off disco’s smell of sweat and stale cocaine to become an evergreen anthem of empowerment. So of course the one thing it needed was to reimagined as the hormonal ramblings of a neurotic English twit. Jarvis Cocker was a leading voice of 1994’s Cool Britannia pack, and he managed to make his perverse and neurotic persona look very charming and attractive, probably because he looked so good in stovepipe trousers. It’s magical how you can practically hear the flop sweat and shaking hands, but you still want to follow him back to his bedsit. Hey, not everyone can make pop poetry out of bad sex and morning-after regret. What’s Brit-speak for “Oh, you irresistible proto-fuckboy”? Every time I do a series about some important issues (like sex) there’s always a Lords of Acid song, and it never ever says anything. None of their songs say anything! Except to espouse an orgiastic lifestyle of kinky sex and psychotropic drugs. If you want music that transports you to a sweaty underworld of dancing in bunkers and snorting ecstasy until your eyes bleed, Praga Khan is your man. It’s hard to have deep thoughts when your synapses are firing in tune with the strobe lights, but if you can gather your wits about you, you could argue that there’s something subversive and liberating in this kind of unapologetic hedonism. Hedonism has been espoused by various libertines as a path to personal liberation on-and-off for centuries. Sometimes it’s been in framed in idealistic, utopian language, as it was in the 1960’s, and sometimes it’s just a nihilistic pursuit of gratification. The rise and fall of hedonistic subcultures doesn’t appear to have always reflected the social progress of the broader culture, though the hedonists have liked to think of themselves as trailblazers. Sometimes too much self-indulgent hedonism, or the appearance thereof, has rubbed people the wrong way, leading to political coups and heads being guillotined. Sometimes the hedonistic subcultures have slowly marched their way into wide social acceptance, as we’ve seen the LGBT-rights movement do. But mostly hedonism is accepted as a phase that people go through when they’re young and don’t need very much sleep. Taking drugs, losing all your inhibitions, living out your naughtiest fantasies, trying to bang out some sense of yourself out on the dance floor – if it doesn’t kill you, it’s a healthy growing experience.