One of the reasons I never get tired of the Doors is that there’s always some reference point to dig out in every song. Jim Morrison had a fascination for philosophy and French literature, and often used those interests as a jumping-off point for songs. This one is a reference to A Spy in the House of Love, the 1954 novel by Anais Nin. I had read that book as a kid, hoping that it would be sexy, only to find it boring, not sexy, and far too philosophically sophisticated for a 12-year-old. From what fragments I can recall, it takes the trope of the promiscuous woman who destroys her life by fucking too much, but makes it fashion… I mean, French. I can see how someone like Jim Morrison would be drawn to the work of Anais Nin. Her whole thing was taking the sordid bedroom stuff; the bad behavior, broken hearts, self-destruction and toxicity of characters who are, in modern parlance, bad at life; and making it all ineffably glamorous and philosophical, as if making a wreck of your life and loved ones was all a sophisticated intellectual gambit, viewed from a remove and shaken off as easily as a puff of smoke. Glamorizing the things that proper society had demonized is something that French New Wave edgelords like Nin had in common with the rock star generation. Both shared a vague conviction that doing bad things, to yourself and to others, was a sort of hedonistic freedom enjoyed by the intellectually liberated, and that any residual suffering was a reasonably incurred cost of becoming free from social constraints. Obviously, a lot of the people who tried to live out that philosophy died prematurely, though Anais Nin, for her part, outlived Jim Morrison by almost a decade.

There’s no denying that our cultural gears have shifted, and there will probably never again be space for another Led Zeppelin. The times are over when virtuoso guitar solos and bad behavior conferred godlike status. Today, performative ‘good’ behavior confers tentative role model status, and we’re really loathe to put anyone on a godlike pedestal. (Even Gandhi is getting put back down a notch.) It’s perfectly reasonable progress that we’re less likely to glamorize drunk young men running haywire, but by no means should we stop equating creativity with godliness. Please, put the virtuosos on pedestals, the songs that saved your life, the voices that speak to your soul – just minus the suicidal debauchery and statutory rape. And no matter how far the world may revolve, I don’t think I’ll ever let go of all my idolatry. If anything, I might just get more joy from seeing Led Zeppelin in all of their anachronistic problematic glory.

I have very little use for musical theatre, but I have a soft spot for the classic rock musical Jesus Christ Superstar. The film version remains one of my favorite movies from childhood. The music is, of course, the main attraction, but what makes the movie so endearing is its handmade quality. It’s certainly not low quality by any means. It’s obviously made by professionals. But the filmmakers handled their lack of fancy Hollywood budget by going easy on superfluous doodads like costumes and sets. All they have is dancers – outstanding ones – in regular street clothes, on an unadorned set in the middle of the desert, just doing their thing. The story of Christ doesn’t require historical verisimilitude; by its very nature it requires suspension of disbelief. Jesus can be a tawny-haired dreamboat, and his acolytes can be hippies in halter tops, and the Roman guards can be armed with prop machine guns left over from some war movie. It’s still the same story about the Son of God that we all know and love. The telling of the story, in whatever context, is in itself an act of theatre. This, however, is the only telling of it I will accept.

Some people make incessant resolutions to lose weight, and I start every year resolving to listen to more music besides the same five dead white guys. And unlike losing weight, my resolution is actually both attainable and fun to do. As you will see in my upcoming annual Top 10 roundup, I’ve definitely been expanding my palate. Expanding my palate includes not only checking out new releases that wouldn’t normally be on my radar; it’s also looking back at history and delving more deeply into artists who I may only know from one or two radio hits. One thing I always resolve to get more deeply into is Motown. Classic Motown is not only deeply influential, it’s also accessible and fun. You don’t have to go to the library to checkpoint the literary references to enjoy Motown – or deal with pretentious fans who insist that you can’t enjoy it if you don’t. Unlike many other genres, Motown wasn’t designed to alienate anyone, it’s not an acquired taste, and it’s guaranteed not to bring you down. Out of the many, many giants of Motown, Stevie Wonder is a good one to start with. His career spans decades and dives in and out of many genres, making for one of the largest, most diverse and most acclaimed discographies you can dive into.

‘Ship of Fools’ certainly describes a lot of institutions I could point out. If Jim Morrison was trying to mock the establishment of his day, he was on point, maybe even too kind. But with Morrison it’s often hard to tell where the stream of his consciousness is taking us all, or from whence it came. I’ve always considered this song about mid-tier, because it seems untethered from any particular vision or declamation. From the Doors, I want grand intellectual ambition, pretension even. Though they can do the old blues-rock as well as anyone when they want to, that’s not what I pull those records out for. 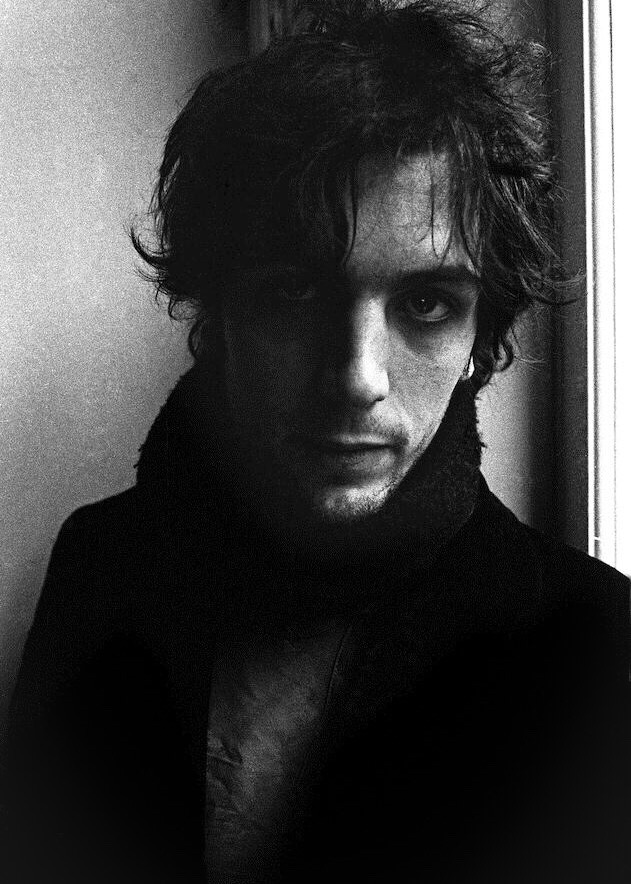 Most of what you’ve read about Syd Barrett probably isn’t true. For example, LSD didn’t turn him into a schizophrenic. He didn’t die at 27 but lived to the age of 60. The isolation of his later years wasn’t caused by mental illnesses but by physical ones. One thing is true, however: Barrett was one of rock music’s tragic losses. His songwriting was both unique and thoroughly perfect for the psychedelic era, with its sense of whimsy and gentle humor. It certainly sweetened the Pink Floyd sound, leavening Roger Waters’ dooomy tendenies and making their ambitious virtuosity feel more approachable. His solo records are charming and weird, sounding like the work of a child at play in his bedroom, rather than the attempt of a rock star to make a statement. That kind of unstudied playfulness is pretty rare. Barrett could’ve become one of the great singer-songwriters and it is, obviously, a great shame that he never got to follow that road. For that you can blame the so-called ‘friends’ who kept dosing him with LSD without his consent even after he’d begun spiral into a full-blown nervous breakdown. That aside, though, he was probably one of those people who were constitutionally unsuited to being a public figure, let alone a full-time rock star. By all accounts, once he got the drugs out of his system, he was happy enough living alone, tending his garden, hanging out with his sister and visiting art museums. Not everybody wants or needs to be up on a podium, and not every gifted person has the drive to see their gifts rewarded. That’s very hard to understand, because we, as an audience, view it as a loss, but it’s not a loss for the artist if he decides he’d rather stop making the art that was causing him distress and go live a nice normal life with a nice garden.