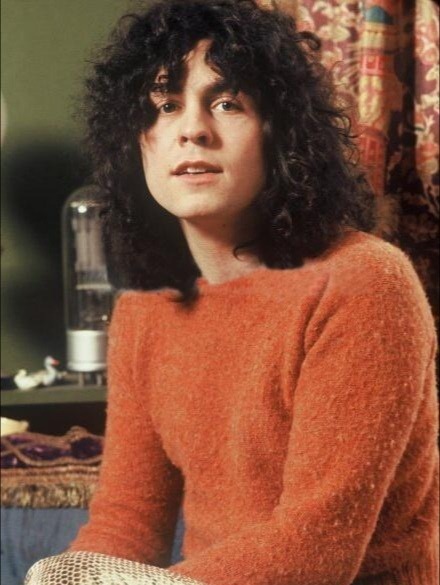 Yes, this makes sense and I understand the sentiment. If Marc Bolan sounds like someone trying to sing in English despite not knowing the language, well, he was English and therefore spoke the language and that’s just the way he sang. It took him a few years to develop his elocution. Maybe he was embarrassed because his lyrics were about unicorns a lot? But honestly, having seen the actual lyrics (see below) everything kind of makes sense, at least in a poetic way. The images are great, so great I want to see them illustrated, I want them expanded and detailed and written out into a book.

She was born to be my Unicorn
Robed head of ferns
Cat child tutored by the learned.
Darkly ghostish host
Haggard vizier of the moats
Seeks the sandled shores of Gods
Baby of the moors.
The night-mare`s mauve mashed mind
Sights the visions of the blinds
Shoreside stream of steam
Cooking kings in cream of scream.
Jackdaw winter head
Cleans his chalcedony bed
A silken word of kind
Was returned from Nijinsky Hind.
Giant of Inca hill
Loosed his boar to gorely kill
The dancing one horned waife
In doublet of puffin-bill.
The beast in feast of sound
Kittened lamb on God`s ground
Ridden by the born of horn
Jigged like a muse on life`s lawn.