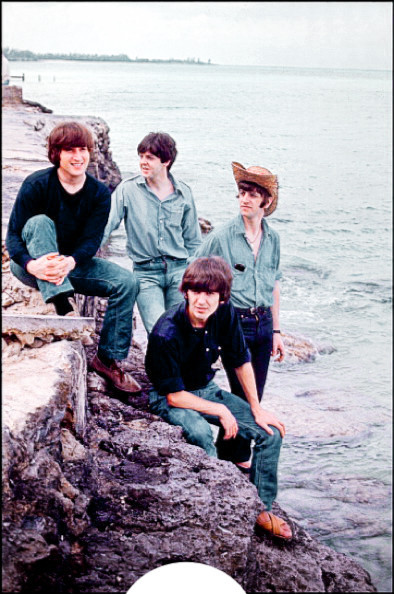 The ‘she’ in this case is Peter Fonda. Everything else is LSD. The Beatles were fervid converts to all things psychedelic, and they promoted it with the enthusiasm of children. In hindsight, encouraging the unwashed masses to indulge in volatile mind-altering drugs was pretty irresponsible, but at the time it must have felt like psychedelic consciousness was going to save the world. What LSD does is loosen the synaptic pathways formed in the adult brain to filter out unnecessary stimuli and prevent the mind from becoming dangerously distracted, thus allowing the brain to return to a more childlike state of perception. It can be therapeutic in the right circumstances and traumatic in the wrong ones, which is why it should, at the very least, be taken in a safe and controlled  environment. Of course, if you happen to be a creative genius with all the time and money in the world, LSD feels like a gift basket from God. But even among the genius-elites there were plenty of cases of people having nervous breakdowns from overindulgence, triggering previously unremarked mental illnesses, or even getting killed because they didn’t notice that the damn light was red. In 1966, though, all those bum trips were still in the future, and everyone sincerely thought they’d unlocked the key to a higher consciousness, and they were going to be the evangelists of a new school of thought.