Can anyone hazard a guess what this one is about? Black Uhuru have lot of songs of great political and social import, but this isn’t one of them. Sometimes you just have to celebrate the basic stuff, I guess, and if there’s one thing everybody likes about Rasta culture, well, you guessed it. I imagine that Interpol must be tired of being compared to Joy Division (though it is an honor) and it’s an uncreative thing for a critic to write, but damn, this song reeeaallly reminds me of Joy Division. Not just because everything disaffected and depressing screams Joy Division. Intentionally or not, there’s a lyrical echo of Day of the Lords that’s impossible to miss. That classic song is as bleak as the Holocaust, which is what I think it might actually be about. This one is merely about love. Still, I can’t unhear the common thread. Bodies obtained may remain. Not moving all that far on the spectrum of tetchy and smart, St. Vincent. She also likes to explore psychopathic territories, sonically and intellectually. She may not be entirely a household name, but for an indie artist who mostly maps the eccentric inside of her own head, she’s as big as they get now. She’s technically savvy and her music ranges in style; she’s definitely not the kind of artist who gets pinned down by what their chosen instrument is. Her music is sometimes emotionally affecting, sometimes disaffected. Mostly her vibe is ‘that girl at the party who is obviously way smarter than you but still wants to talk about guacamole.’ You know, smart but accessible and fun, which is exactly the combination that pop music needs so much more of. Ah, the song that taught us all how to say Je me lance vers la gloire…OK. Personally, I love both songs with incongruous lines of foreign language and songs about killing people, so this is just two of my favorite things together right here. Plus all of the other obvious glories of Talking Heads. I find it interesting that this song has been knocking around, in various iterations, since Byrne and co’s art school days; because when you’re a group of art school students trying to start a band, you would obviously bypass all the usual dumb shit about love and humping that less intellectual mortals fill their little notebooks with (and what good are notebooks!) No, you drop the training wheels and head straight for the big-kids’ stuff, and you write a song from the perspective of a frustrated serial killer and you write the chorus in French. And of course that song becomes your breakout hit and one of your most famous tunes and your tetchy neurotic smart-guy persona is in place for life.

I didn’t know that Nada Surf had any other good songs besides the one, you know, the popular one. But this one is really addictive, too. And the whole album is actually pretty good. And apparently they’ve recorded like ten albums and they’re still together and are still touring. All of which I didn’t know, because the box labeled “Mid-90’s One Hit Wonders” isn’t one that I care to peek into very often. Time to learn more, I guess. Maybe I can fill in some of the gaping holes in my musical knowledge that are the 90’s. I’ve been listening to this song repeatedly lately, and pretty much in general throughout my life and have always found it very meaningful. If the title doesn’t tip you off, yes, it’s about faith and redemption, which are things Roxy Music fans are in need of after their inflatable pleasures have worn thin. Interestingly enough, when I was younger, I somehow completely missed the religious implications, explicit as they are. The idea of interpreting the lyrics spiritually never occurred to me, heathen as I am. For a very long time, what I heard was not an ode to Jesus, but a homoerotic ode to another man. The lines about trying on his coat and walking in his garden? Homoerotic. The lines about someday making his house your home? Homoerotic, while also possibly angling to subsume a rival man’s identity, Talented Mr. Ripley-style. Now, that’s not entirely a far stretch; the language of religious praise very often overlaps with the language of romance, and if you’ve ever studied art you may have noticed the loving care lavished on Christ’s naked torso in all of those Crucifixion paintings. But I think most faith-based people very strongly prefer not to make that overlap any more explicit, despite the best efforts of lapsed Catholics like Madonna. Meanwhile, in a more specific context, as far as I know, Bryan Ferry is a pretty solid not-gay on the Kinsey scale. But the idea of a vaguely homoerotic obsession and rivalry narrative appeals to me a lot more than one about finding God’s grace. So if you’re making another man’s house your home, it’s because you’ve seduced him and stole his identity, and you’re sliding down to the singles’ bar in a tuxedo of lies. 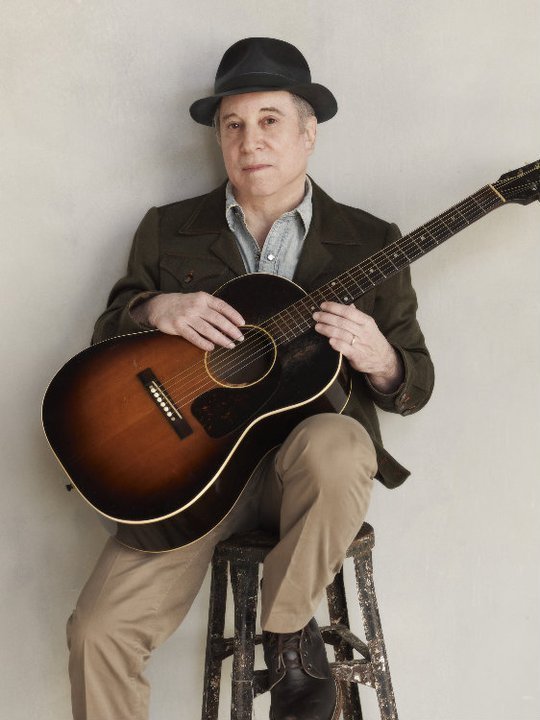 I highly recommend Paul Simon’s new (as of last year) album. It’s an acclaimed hit! It’s thoughtful, lovely music, which is what Paul Simon does best. It reminds us that mastery of gentle rumination should not be overlooked. It may not be the engine that drives popular music, but it’s no small talent. Soothing music isn’t just for coffee shops, y’all. And honestly, if it’s that easy to ignore it’s not soothing, it’s just boring. Soothing means to actively make you feel better, and I think Paul Simon does that. He does that not by being boring or trite, but by being thought provoking (and yes, sometimes still a little angsty.)