I’ve already posted this song, fairly recently. If you remember, I really loved the new Pet Shop Boys album, so much so I made it one of my top 10. So I can’t skip past without posting it again. I honestly think these guys were made to be old and doleful. Because doleful nostalgia is just the right tone to take when you’re two formerly edgy pop prodigies who’ve lived to see all the trails they blazed become superhighways. Pop stars deal with aging in a variety of ways, mostly undignified, and it’s cool to see this duo make it a part of their image. It suits them, more than being young and cool ever really did. Alan Price is kind of an overlooked figure of the swinging sixties. He was a member of The Animals, a regular session and tour musician, and also had some popularity in the UK as a solo artist. I guess mostly he’s known as a guy who played with one hell of a lot of famouser guys. His solo music can be best described as…very English, very very English. He can make a Screamin’ Jay Hawkins cover sound like something that belongs in an East End music hall. If he had one great defining solo moment, it was the O Lucky Man soundtrack. It had some very clever and charming songs, which made for an ironic contrast with the lesson of the movie, that shitty things will randomly and incessantly happen to you no matter what you try to do in life. Yeah, that shit’s depressing, but, again, good songs. I present you with the humble folk singer, Robert Plant. If that’s not what you know him for, think again. If there’s one thing his recent career developments have shown, is that Plant rather does fancy himself a folk singer, and perhaps always has. Even when the singer can’t resist unleashing those signature wails, it’s still a folk song. Another lifelong signature (and a controversial one) is the habit of giving himself writing credit for rearrangements of songs whose roots aren’t lost to time enough to qualify as ‘traditional’. This a rearrangement of a Leadbelly song, and it true Robert Plant fashion, the lyrics remain while the shape has been shifted into something quite new. It’s American blues taken through space-time to meet English folk tradition, plus some global stuff thrown in. Of course, Anglicizing American blues music beyond all recognition is what pays Plant’s castle mortgage. So all this getting ‘rootsier’ with age isn’t exactly a new development; it’s an inevitable development.

Going back in time a while for some classic Elvis Presley. This song appeared in the movie Love Me Tender, which is where I assume the clip is from. I must confess that I’ve never seen an Elvis movie, though I suppose that I need to, at least for purely anthropological purposes. I understand that most of them were terrible but earned the star a lot of money. You can’t really fault Elvis for wanting to make a lot of money by way of terrible movies; in his day, rock’n’roll was considered a fad and the idea that a rocker like himself had a legacy that would be parsed by historians many years after his passing never crossed anyone’s mind. As it happens, Elvis Presley’s legacy is one of the great cautionary tales of the modern age. Elvis was truly one of the first beneficiaries-slash-victims of mass media pop culture, and one of its most enduring icons. So much so that his lurid rise and decline are more familiar to us now than his music. I imagine that if he hadn’t eaten all those Twinkies and maintained some semblance of dignity in his private life, the music would stand on its own well enough. Well, at least one good thing has come from having my iPod stolen – I’m discovering new music on the radio again. (Thank you, KUTX.) And when I mean I’ve discovered new music, I mean I’ve discovered artists I should have been down with all along. I couldn’t believe I’d never heard of R.L. Burnside; his music has been featured in movies like Black Snake Moan and on The Sopranos, just to name the most mainstream pop cultural highlight in a decade-spanning career. Of course, I’m hardly an expert on blues music, and Burnside spent most of his long life toiling away in obscurity. Burnside was born in 1926 and began playing as a teenager, but for most of his life supported himself doing menial labor, and didn’t begin to gain recognition until the 1990’s; by the time his music began to gain real popularity in the 2000’s he was an old man in declining health. He died in 2005. Burnside recorded his first albums in the 80’s and despite his age, he could be described as a modern day blues innovator. His music doesn’t sound like classic blues music; it’s heavier, it’s faster, it’s post rock blues music. It incorporates the speed, aggression and attitude of rock and roll; it sounds modern because it is modern. 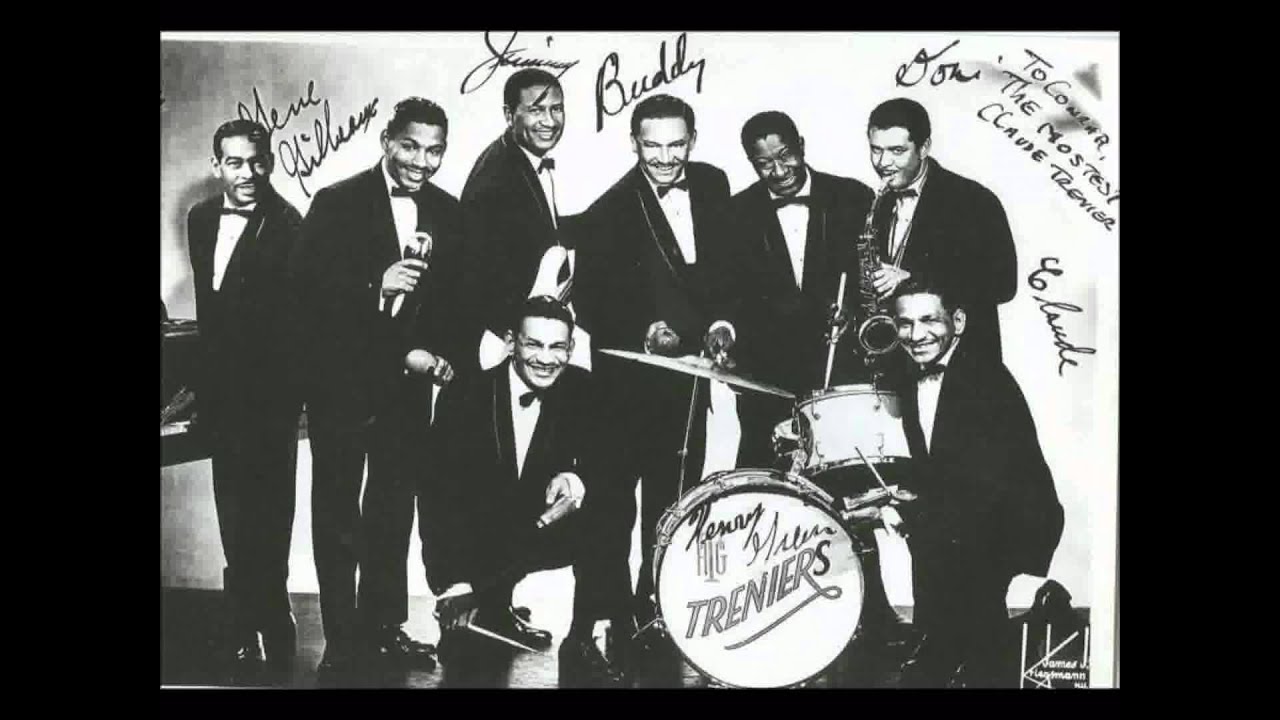 If you’ve ever wondered what ‘poon-tang’ is, here are The Treniers to explain that old-timey slang for you. Ok, so you’ve probably never wondered, because nobody  uses that term anymore. It’s a huggin’ and a kissin’! So, a 1950’s word for sex. Obviously, the word fell out of favor a while ago, which is why it brings to mind nothing except your unsavory old uncle who reeks of malt whiskey at 1 pm and likes to loiter outside the barber shop. He’s the kind of a geezer who still wears suspenders and  hollers “that’s some good lookin’ poontang!” at girls on their way home from school. You hear the word ‘poon’ and you just feel like you’ve been slimed. But the Treniers make it sound like a nice fun time again; you’re a sailor on shore leave, you’ve got a brand new Hawaiian print shirt on, a nice cold beer in your paw, and you just want to find some huggin’ and squeezin’. As people have done for as long as there have been people. And that’s just as wholesome as cherry pie. I mean, I’m sure you don’t want to think about your grandfather cruising for poon-tang, but he was probably a real fun guy in his day, he probably had some real swell times, and made all the same mistakes you do, and that’s kind of endearing. So, how’s about we make poon-tang swell again? If I wanted to simplify my musical choices into if-then bytes, I would say that you’d then like Glass Animals if you like Alt-J. Because cryptic, whispery, psychedelic tunes with atmosphere over hooks. But, you know, that’s a simplistic way of explaining things. Let’s just say, here’s another corner of in the psychedelic side of electronic indie music. Glass Animals’ first album Zaba was a triumph of sustained atmosphere. Not really the kind of record where individual songs fly out at you, but the kind that you kind of get into the flow of. This song was a single, and it does stand on its own quite well. I also really love the beautiful claymation video.